A guide designed to provide general information and links to resources about DACA – Deferred Action for Childhood Arrivals maintained by reference librarians at the ASU College of Law.

The reference librarians at the Ross-Blakley Law Library are happy to help you find or navigate research resources. Librarians are available 9am-4pm Monday-Thursday and 9am-2pm on Friday.

Deferred Action for Childhood Arrivals (DACA) is a kind of administrative relief from deportation. The purpose of DACA is to protect eligible immigrant youth who came to the United States when they were children from deportation. DACA gives young undocumented immigrants: 1) protection from deportation, and 2) a work permit. The program expires after two years, subject to renewal. 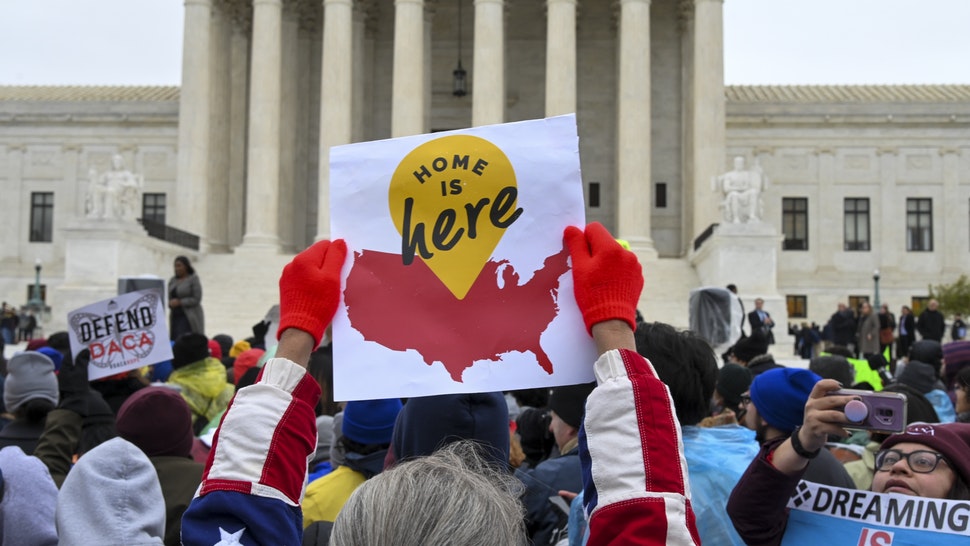 July 16, 2021: A federal judge in Texas ruled that Deferred Action for Childhood Arrivals is illegal and blocked new applicants. The ruling allows for immigrants currently protected by the program to keep their status while the case goes through the appeals process.

January 20, 2021: President Biden issued a memorandum directing the Secretary of Homeland Security, in consultation with the Attorney General, to take appropriate action to preserve and fortify DACA, consistent with applicable law. Read more here about the U.S. Citizenship and Immigration Services responsibility to comply.

June 18, 2020: In 2017, the Trump administration announced that it would end the DACA program, which it believed had been illegal in the first place. By a vote of 5-4, the Supreme Court ruled that the administration acted improperly in terminating the program, and it sent the case back for the Department of Homeland Security to take another look. The ruling means that the DACA program will remain in place.

November 12 2019: The Supreme Court heard oral arguments for the case Department of Homeland Security v. Regents of the University of California, a high-profile challenge to the Trump administration’s decision to terminate the DACA program.

June 28, 2019: The Supreme Court announced it will hear arguments in the case during its next term and will issue its decision on whether the Trump administration may discontinue the DACA  program.  The Obama-era program to protect DREAMers will get a one-hour hearing before the high court. The court said it would consolidate three appeals into one argument.

August 3, 2018: Judge Bates issued an opinion upholding his April 24, 2018 decision allowing DACA renewals, but partially stayed the order regarding new applicants. At present, no first-time DACA applications are being accepted, but DACA status may be renewed for those who already have it. Read Judge Bates' opinion here.

April 24, 2018: Federal Judge John D. Bates of Federal District Court for the District of Columbia ruled that DACA protections must stay in place and that the government must resume accepting new applications. The judge stayed his decision for 90 days and gave the Department of Homeland Security, which administers the program, the opportunity to better explain its reasoning for canceling it. If the department fails to do so, it “must accept and process new as well as renewal DACA applications,” Judge Bates said in the decision.

USCIS Response to Injunction
On January 13, 2018, United States Citizenship and Immigration Services announced that due to the federal court order, it has "resumed accepting requests to renew a grant of deferred action under DACA."  Additionally, it stated that "DACA policy will be operated on the terms in place before it was rescinded on Sept. 5, 2017."  Read the updated USCIS statement on DACA here.

Injunction: On January 9, 2018, Judge William Alsup of the U.S. District Court for the Northern District of California, issued a national injunction ordering the Trump administration to re-start the Deferred Action for Childhood Arrivals (DACA) program. Judge Alsup wrote that the administration must “maintain the DACA program on a nationwide basis” as the legal challenge (led by Janet Napolitano in her capacity as President of the University of California system) to President Trump's decision to halt the program goes forward in the courts. Read Judge Alsup's order here.